This post may contain some affiliate links for your convenience (which means if you make a purchase after clicking a link I will earn a small commission but it won’t cost you a penny more) or sponsored content. Read my full disclosure policy.

Everywhere I seem to look, people are saying that homeschool socialization is a total myth.

Homeschool moms roll their eyes and swap stories of ignorant friends, family members, and strangers who have asked the dreaded question, “What about socialization?”

We all collectively sigh and gather our strength, self control, and manners to answer such people.

Homeschool moms consider it to the worst of the worst questions.

What I Used to Think About Homeschool Socialization I am a homeschool mom too and often found myself sighing when I was asked the socialization question.

I initially understood the socialization question to mean, “How will they learn to interact in society?”

I considered the question to be completely absurd.

Going to public school for K- 12 is not what taught me how to interact with the world. Actually being in the world, and watching my parents is largely what I would consider shaped me socially, emotionally, and spiritually.

School didn’t teach me how to be a good conversationalist – my mother actually taught me about the give and take of quality conversation.

School didn’t teach me how to have self control when dealing with difficult people – my mother taught me that by how she conducted herself. School is where I saw the opposite of that – fights breaking out and kids being sent to the principal’s office for poor behavior.

School certainly didn’t teach me good manners – my mother taught me how to sit, eat, and speak like a lady. School is where I learned a bunch of unladylike words I can’t say in from of my mom, and how to eat as fast I could before the lunch bell rang.

School had nothing to do with shaping my physical appearance – if anything my mother had to fight back against the plaid shirts and baggy jeans craze of the 90s to keep me from turning into a lumberjack.

Come to think of it, most of my socialization skills were taught despite going to public school – not because I went to school.

My oldest daughter attended public school kindergarten before we decided to start homeschooling. Interestingly, my husband and I also noticed a decline in her social skills as the kindergarten year progressed.

She started picking up words and attitude that we did not like. Manners we had worked to instill in her seemed to fly out the window.

I could go on and on, but you can see that the purpose of traditional school is about furthering academic education, not teaching social graces.

If it was focused on the social nature of children, then recess time wouldn’t be declining, teachers wouldn’t be snatching up notes and saying, “This is not social time children!”, and my daughter’s kindergarten class would not have been expected to eat their lunch in silence.

As I got more involved in homeschool communities,

I came to understand that the socialization question also included how much time kids spent with their peers.

I also thought this concern was absurd.

My kids spent more time with peers when we started homeschooling than when my oldest was in public school. That usually surprises people, but if you think about it, if makes a lot of sense.

Now that we homeschool…

Homeschooling has increased my kids’ social interactions, so I had no concerns about it whatsoever, until…

What Changed My Mind About Homeschool Socialization

I read a lot of articles and threads in order to write quality posts for this blog.

I started coming across disturbing threads, anti homeschooling articles, blogs, and websites while doing this research.

The worst ones were written by adults who had been homeschooled.

It was difficult, but I forced myself to read their horror stories of homeschooling.

How they were made to do chores for their mom and rarely did any actual school (a term I have come to know as educational neglect).

They had very few or no friends to speak of. Felt completely isolated, lonely, socially anxious, and depressed.

Some did have friends and regular outside interaction, but still felt different, socially awkward, and unsure of themselves.

They grew up to feel intense resentment towards their parents for setting them so far behind their peers in so many ways.

You can see why it is hard for a homeschool mom to read that kind of material.

I think it’s important though to hold my feet to the fire and learn from the mistakes of these parents. The most interesting thread I have come across was on Quora. A man, who had been homeschooled from K-12, was answering the question “What are some reasons to not homeschool your children?”

The man responded to the question by explaining that he was a proponent of homeschooling in his teens and 20s, but as a man in his 30s, he now sees things differently.

Here is a small exert from his response:

“The reality is, you will socially stunt your child if you homeschool them. I don’t care how many field trips you take them on, how many play dates you arrange, etc., they will be socially behind their peers. Even if they seem well socialized, you have no idea what may be going on in their head.”

This stopped me dead in my tracks.

In all of my reading, writing, observing, and time spent with other homeschool moms, no one had ever said a word about what was going on inside the homeschooled child.

The responses were always that if everything looked okay on the outside – everything was good!

Not long after reading this thread, I reread this rather fascinating research article frlom Stetson University.

It is the banner every homeschool mom wants to fly above their house because it uses many research studies to show homeschoolers are socially equal or more advanced than their traditionally schooled peers.

The kicker in the article that I noticed for the first time was this:

“What homeschooled children think about their own social skills is less clear.”

Why What The Homeschooler Thinks Matters

How would it feel if we lived in an alternate universe and suddenly public school is what made you “socially awkward?”

What if whenever you told someone how you were educated, you felt like they were observing you more closely to see if the stereotype holds?

Every time you tripped over your words, had an uncomfortable social exchange, or didn’t know what to wear, you might be inclined to blame it on how you were educated and socialized differently from everyone else.

How do you think that would affect your self confidence? You inner voice?

Homeschoolers my have developed beautiful social skills that are superior to their peers…but that doesn’t mean anything if they don’t believe they possess those skills.

The homeschooled child does need their parents to put a strong emphasis on social time – not so they’ll be “cool” or fit in better – but in order to build their confidence in their own abilities.

Why Some Homeschoolers’ Social Skills are At Risk

I know this is unpopular, but I have to say it.

Every homeschool mom in America is screaming that socialization is a non-issue. A farce. A myth.

I fear that has the potential to create a dangerous attitude of complacency.

Complacency that could lead to the isolation of a child. And all the negative things listed above – depression, social anxiety, and loneliness – in the long term.

I believe that homeschool social skills have been found to be above average because the moms who were willing to submit themselves to these studies were probably already killing it in the socialization department.

They were far from slacking off with their social calendar. They earned those above average ratings – they did not happen by accident.

I am afraid too many new homeschool moms are going to assume these high ratings mean they CAN slack off with the social calendar and everything will be just fine.

So What Are We Supposed To Do?

Send our kids back to public school in droves?

Oversocialize them and sign up for every opportunity in town?

But I do think we need to take this all into account and take an inventory of our individual homeschools.

How much free time is spent with other children? Not a sports practice, or a dance lesson – true unstructured time for kids to be themselves.

How much effort do you, as the homeschool parent, work to make sure your child has this time?

Is social time with friends seen as a core subject? On par with reading, writing, and math?

Do your kids have best friends? If they had a birthday party, who would be first on the guest list?

If these questions or uncomfortable or convicting, do not despair!

Why Homeschool Socialization Can Be a Challenge

If this post is burning you right now, I want to say I absolutely get it.

There are many things that can make regular time with friends a huge challenge.

Here are a few of the hurdles we’ve had to work through:

The Search for Excellence in ALL Areas of Homeschooling If you see yourself at all in the above areas (I’m sure we all do at times, if we’re honest), I would encourage you to stop listening to the perpetual anthem of “Homeschool Socialization is a Myth!”

For some people it might be a myth – because there are are already fantastic systems and community support in place.

They are putting forth the effort to socialize their children in sports, playdates, co-ops, scouting, etc. – and making strong friendship bonds.

But, for others, it can become a license to isolate their children and slack in a crucial requirement for homeschooled kids.

That is not something you can outsource – like arts & crafts, P.E., or foreign language.

But I Don’t Know How to Do That!

If you are at a total loss right now, have no fear.

When I first started homeschooling, I had just moved to a new state and we knew exactly NOBODY.

At one point, my kids had no friends. I mean none.

We loosely knew people through sports, church, scouting, and co-op – but not a single true friend.

As I type this, I have so many kids running through my house that I fear I will never publish this post. I have had to buy a popcorn maker in order to feed all of them. And I love it!

My husband I are delighted to be the house that is full of kids and so happy to see our kids with their friends.

How Did I Get From Zero to a Full House?

There was a learning curve to it, but I finally figured out a process for helping my kids make and keep strong friendships.

Not casual acquantences they see once a week, but true friends who can’t wait to see each other!

I wrote out my strategy here – A Strategy to Help Homeschoolers Make Solid Friendships – and I strongly encourage you to give it a try!

Helping your homeschooler make friends might not be as nerve wracking or difficult as you might imagine!

And it is definitely an investment in the long term success of your homeschool and your children. 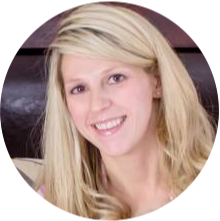 Hello! My name is Lauren and welcome to my blog! I am the wife of an amazing husband and we have 3 sweet girls. I never, ever saw myself becoming a homeschooler, but our family has been so blessed by the choice to school at home. I am passionate about helping you get on your feet with your homeschool and encouraging you on your journey!